Rejecting a stable job with a salary of thousands of dollars, 9x determined to return to his hometown to do this job. After only 3 years, his revenue has reached billions of dong/year.
Events: Economy Overview
“When deciding to quit, the director of my company increased my salary to 3,000 USD to keep me, before it was only 14 million VND/month. But I already have my own direction and goal, so I will pursue it, nothing can stand in the way”, said Mr. Nguyen Van Tu (1991), residing in Minh Loc commune, Hau Loc district, Thanh Hoa province. .

In 2013, he graduated in chemical engineering from Hanoi University of Science and Technology. A year after graduating, he was hired as a deputy production manager of a Japanese company in Hanoi. His income is now 14 million VND/month, everything is going smoothly. Suddenly, one day, he applied for a leave of absence, the Japanese director was surprised and asked for a salary increase to keep him, but he still decided to leave according to his goal. 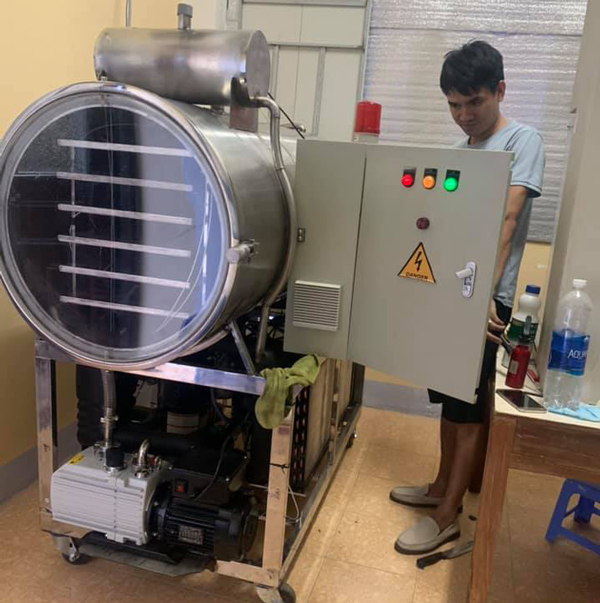 Anh Tu returned to his hometown to build a sublimation dryer.

Before deciding to go back to his hometown to build a sublimation dryer, he did a lot of research and coordinated with his father and brother to successfully build a machine. He said in 2014, he knew about the technology of sublimation drying. He found it quite interesting to learn and research about this technology.

“During my research, I learned that this is an expensive and super profitable machine, the price of these machines when they arrive in our country costs up to several tens of billions of dong. That leads to the access to freeze drying technology will be difficult for many small and medium production facilities. At this point, I think how can they do it, let's try it," he said.

From this point on, he began to devote all his free time to research, even many days he was passionate about staying up all night to learn about the technology of making sublimation dryers. 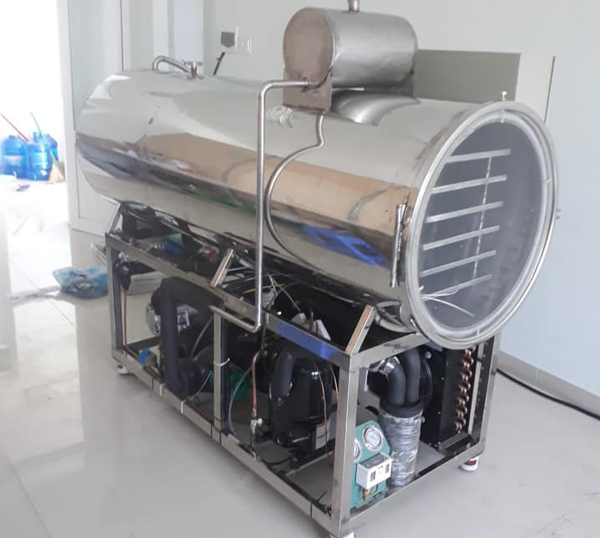 Each machine costs from more than 200 million to more than billion, depending on the capacity.

By about 2018, the first machine was also completed, but when it was operating, it was faulty, gas leaking a lot. This is also the time when he decided to quit his job to focus more on research and experimentation. When this decision was made, his parents also objected, but after seeing his enthusiasm and passion, nothing stopped him.

When he returned, he was more determined, spending all his time studying. There are days, father and son stay up until 3 am to take advantage of the quiet space to listen to the sound of the engine, the gas is open to overcome.

The hard work and determination of his father and son finally paid off, the finishing machine was born. “The machines that are marketed are well received by customers. I am overjoyed, always telling me to try to make the best machines for customers”, he shared.

Every year, Mr. Tu earns about 3 billion VND from the production of this machine.

Currently, on average, each month at Mr. Tu's facility, he sells 4-5 machines to the market. Every year he earns about 3 billion VND.

To get to where he is today, he has gone through many failures and difficulties. “The first difficulty is convincing my parents to let me return to my hometown to start a business. Next, technical and financial also caused him many headaches. Not to mention, the production when put on the market for people to know, trust, and order is also an arduous and challenging process," he confided.