In fact, the classification of orchids is very difficult and complex, requiring meticulous analysis in the laboratory with a magnifying glass many times to realize very subtle, very small properties such as density. of chalk mass, the size of the nodule, whether or not the appendages of the male stamen ...

When there is a flower plant that you suspect is an orchid, you must analyze its flower, the same nutrition and use the key (the key to class) about them (usually using Hutchinson's key) to determine the whether it belongs to the Lan surname or not.

You then use the Lan family classification key to determine its variety in the family, and finally use the genomic course to find the name of the orchid plant.

If you have used all the classification keys in the world and still can not find the name of the orchid, you can proceed to describe and name it to publish the newly discovered orchid.

The work done above applies only to orchids that are primitive, wild or native to the nature, and the naming of it must follow the international plant nomenclature principle that Linnaeus proposed. first in 1754 which we call it a scientific name. 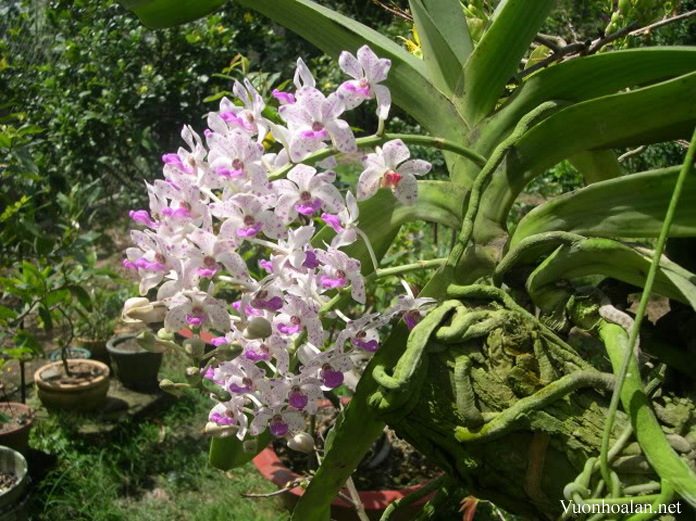 The scientific name of a plant species is a double name in the Latin word or "Latinized", consisting of a noun indicating genus, capitalization, and an adjective indicating species (species), lowercase. Both words are written oblique or underlined, followed by the name of the author who described and announced the species first. The author's name is usually abbreviated. The reason for having to write the author's name and the species name is because many times a species is called with many different names because of different publishers or because the previous publisher made mistakes when classifying, so the latter corrected it. . In this case, if the modified name retains one of the words, the name of the previous author is enclosed in parentheses and preceded by the name of the corrector. If both words are modified, they are considered as new names, the previous author's name is no longer kept and the old name is then considered at the same time, synonymous with the new name.

The description and publication of the newly discovered proto-orchid species must be in Latin on new international taxonomy publications, which will be reviewed and published (for recognition) on Index Kewensis. It should also be noted that it is mandatory to have a dry pressed specimen called a template when announcing new species when it is announced.

The orchid structure is nothing special
Orchids have a structure that cannot be imitated by any other flower. This brings the difference to the flower and makes many people fall in love. Let's learn about the special structure of orchids with us through the following article.

Orchids are composed of 7 parts, 3 sepals, 3 petals and a flower bearing pillar.

All varieties of orchids have 3 sepals, which are the longest part of the orchid and the sepals of each species is different. For example, Vanda, Ascocentrum, the sepals will be round, and Cattleya their sepals are quite pointed. These parts are usually identical, but sometimes they will be different and we will see clearly. 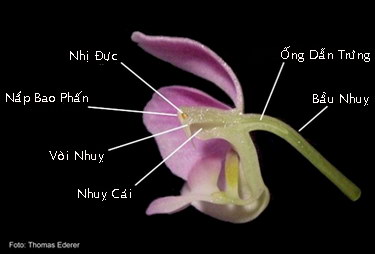 People often pay little attention to the calyx because it does not affect the aesthetic value of the plant much. However, we also have to admit that peach blossoms also contribute significantly to the beauty of the tree, without the orchid sepals will become very strange. Sepals of orchids Vandacoerulea, Vanda Onomea, Vanda Thananchai ... quite big, long and round looking very eye-catching. They come in striking colors and are very impressive. Each orchid species will have different sepals colors.

The orchid petals are what attracts the most viewers when seeing them, each orchid will have a 3-petal structure next to the calyx. And one of the petals will turn into a lip. The petals are usually wider than the sepals and it is the main decisive factor in the shape and beauty of orchids. 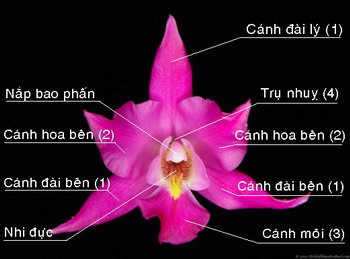 Masdevallia or species of the genus Bulbophyllum have their petals retracted into structures that are difficult to discern to the naked eye. For some orchids with ribbon-shaped petals about 0.6 m long such as Paphiopedium sauterianum and Phragnipedium caudatum

The structure of the orchid is nothing special: The variation in the shape of the flower lips is very diverse and in an orchid it is the most important part. We would not be able to find two dahlia with the same or nearly identical lips, they are completely different. And do you know whether the result of successful pollination depends very much on the texture of the lip or not. 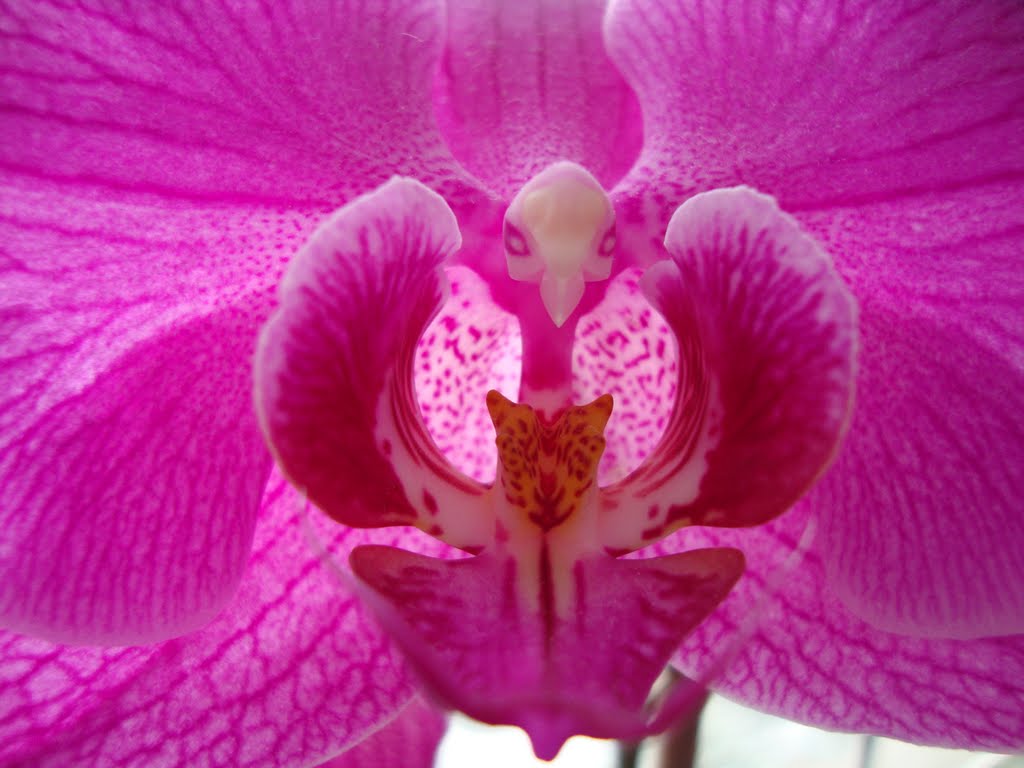 The flower lips are made up of petals and deformed into them, it is considered the most beautiful part of the orchid and determines the aesthetic value of the plant. In orchids Cattleya, Laelia, Phaius… flower lips are cylindrical. Or like orchids Oncidium, Odontoglossum, the flower lips will develop in a larger area.

If you are a lover of Cattleya orchids, you will find their lips are very special, it is very beautiful, sophisticated and has many different colors.

This is also a part that makes orchids different from other flowers. The flower cast contains two male and female genitals of the orchid. The female part has mucus, and the male part is pistil with mass. The amount of chalk mass is usually 2,4,6,8 and it is also the decisive component of the orchid family.