Paphiopedilum Canhii is endemic orchid species of Vietnam, has the smallest size of plants and flowers in Vietnam, recently discovered in 2010. 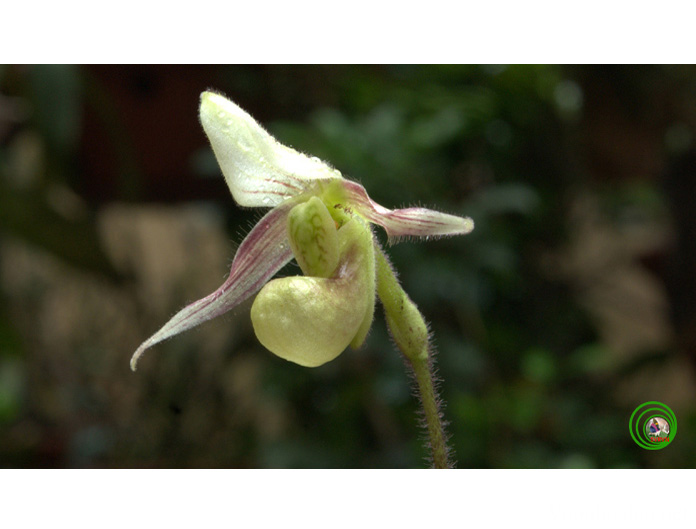 It can be said that this is a great discovery of scientists, which not only surprised orchid researchers around the world but also the joy of thousands of orchid growers around the world. The ornamental orchid species Paphiopedilum canhii has once again proven that Vietnam is not only the country with the most biodiversity in the region, but also has many species that have not been researched and announced. Of course, the discovery and publication also meant that disasters began for this beautiful orchid.

The Orchids have a very narrow distribution in the high mountains of North Vietnam. When this species was announced, scientists did not specify the location and coordinates of this new species, but only recorded very briefly was found in the north of Vietnam. Scientists fear that the exact locations are delicious prey for domestic and international spread traders, will wreak havoc to earn huge profits. On many forums and some orchid trading websites, has offered to sell this orchid for 300-500 USD / tree.

Many orchid collectors in Vietnam and around the world are looking for ways to exploit and own this endemic, beautiful and rare orchid. So a search began to take place. Mr. Chu Xuan Canh was the first person to discover that he only dared to own 2 trees as a specimen and a single tree to monitor the development and flowering process during the cultivation process and introduce to friends who had fun. Plant orchids to watch and share. Many times he was offered attractive sums of money from the melancholy orchid monks of Taiwan, France, Germany to get a few orchid seedlings; But he refused because he understood that it was a human's duty and responsibility to the Vietnamese genius, for a rare species of orchid named after him, unable to lose it is a very very honor. that great. Recently, he and we had the opportunity to return to the place to discover the distribution of this flower. A painful truth is that all orchids distributed here are being destroyed to the pathetic level to sell to international orchid collectors. Currently, many places in Dien Bien Lan comedy have been sold in kilograms.